For some people spotting jewellery in movies is one of the best parts about watching a film.

We’ve handpicked our favourite jewellery in movies through time, from Cleopatra to How to Lose a Guy in 10 Days. 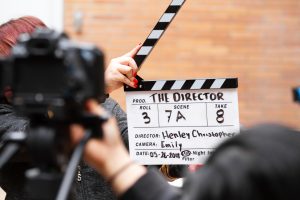 Joseff of Hollywood is the jeweller behind many of Hollywood’s biggest films at the time.

This comedic drama was released in 1968 and was based on the stage show of the same name.

Funny Girl was about the life and loves of early 20th-century film star and comedienne Fanny Brice.

It marked the screen debut of Barbra Streisand with her spirited performance.

Streisand reprised her theatrical role as Brice and earned an Academy Award.

The Pretty Woman jewellery box scene is one of the most iconic movie moments ever.

However the ruby and diamond necklace inside the box was just as well known.

Kate Winslet’s Heart of the Ocean pendant in Titanic (1997)

Sometimes referred to as the “Heart of the Ocean” this necklace is widely talked about by fans of the Titanic.

There will never be a piece of movie jewellery more romantic than the Heart of the Ocean necklace in Titanic.

Did you know the film’s soundtrack singer, Celine Dion, even wore the piece to the film’s premiere in 1997?

Lady Gaga sent fans into a frenzy when she wore a similar necklace on the red carpet.

Kate Hudson’s “Isadora” diamond necklace from How to Lose a Guy in 10 Days is truly iconic.

To create your own movie jewellery, browse our range of jewellery supplies.